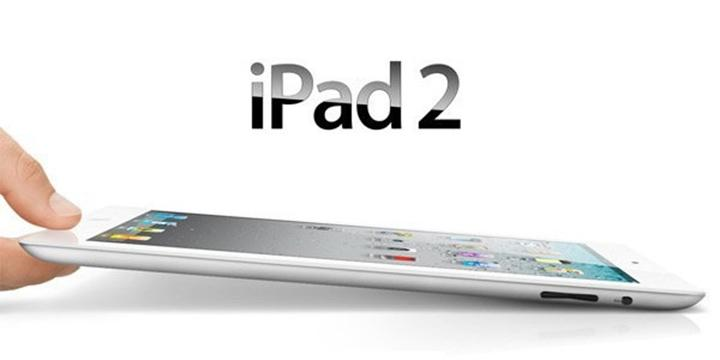 The iPad 2 is a tablet computer with a Multi-touch screen. The standard configuration includes apps for accessing the internet, email, electronic books, music, videos, maps, contacts and appointments. The iPad 2 operating system (known as iOS) includes specific accessibility features which include support for playback of closed-captioned content, screen reader, magnifier, white on black display, and mono audio output. Numerous free and fee-based apps are available for the iPad 2. These include apps designed specifically to meet the needs of individuals with disabilities as well as mainstream apps that can be customized to meet the unique needs of individuals with disabilities. The apps most appropriate for the population of individuals with cognitive disabilities are found under the education, medical and productivity categories of the iTunes app store. For the purposes of the review, we are focusing on the hardware and the apps that come with the standard configuration, though we provide examples of interesting apps.

The iPad 2 is a very flexible system with the potential to function as a communication device and a cognitive device. However, given that it is not a dedicated device, it requires significant set-up, configuration, customization and training on the part of the clinical staff to ensure it meets the needs of the Veteran with a cognitive disability. This includes the selection and set-up of the appropriate apps. Critical to the successful utilization of the device are the individuals' functional capabilities pre and post-injury, including fine motor control and dexterity, attitudes toward the device, and motivational characteristics.

Similar to the iPod Touch, the iPad 2 is not designed specifically as a device for individuals with cognitive and/or physical disabilities. The iPad 2 has significant limitations in terms of application to meet the functional requirements of these individuals.

In terms of physical layout, the system utilizes "virtual" buttons and a "virtual" keyboard on a touch screen. The buttons cannot be resized, and the keyboard has only 2 sizes. Furthermore the system does not provide tactile feedback. This can limit the effectiveness of the system for individuals with limited fine motor control.

In terms of features for individuals with cognitive impairments, the system does not include any "artificial intelligence" features to re-direct the individual (i.e. re-planning) if they do not complete each instruction in sequence when performing an activity. The system does not have a sleep feature, and does not provide constant reminders until the "alarm" is turned off. Finally, and potentially most importantly, the system does not provide a simple interface as a distributed system, which would allow caregivers and rehabilitation professionals to easily interact with the scheduling, reminders, and task management systems. A distributed system can be created, for example through a Microsoft exchange account, a MobileMe account, or via syncing with the host computer, but they are not turn-key solutions, and create an added level of difficulty for a device that is being utilized to reduce the complexity for specific daily tasks.

A comprehensive review of the iPad 2 follows below:

Steve Jobs has called the iPad, "the most successful consumer product ever launched." In the first 9 months at market, Apple sold over 15 million iPads and created a whole new category of technology product. The massive success of the iPad cannot be overstated; it has been embraced by kids and the elderly alike the world over. The iPad has been deployed across all sectors of business and has already established a presence in education, healthcare, and retail. Considering its universal appeal, it's hard to believe that a year ago nobody had an iPad. Building on this success, Apple released the iPad 2.

This review has highlighted several of the distinguishing features between the original iPad and the iPad 2. Overall, the iPad 2 is a definite improvement over its predecessor: it's faster, lighter, thinner, and easier to handle. In addition to the improvements already mentioned, Apple has added both front- and rear-facing cameras to the iPad 2, which are essentially the same as those in the fourth-generation iPod Touch. The cameras are useful, but they're not particularly impressive in terms of quality. The front-facing camera is the same one used in the iPhone 4 and the iPod Touch and offers only VGA resolution (640 by 480 pixels). The image quality is grainy in low-light settings, but is perfectly functional for its intended purpose, which is video chat. The iPad 2 works with Apple's FaceTime software, which allows for video chat between Apple's mobile iOS devices. FaceTime works on the iPad 2 much like it works on the iPod Touch; in the Settings app you log in with an Apple ID and set an e-mail address to use as your FaceTime "number," so people can call you. From the FaceTime app, you can call people in your contacts list and set favorites; however, FaceTime is supported only over Wi-Fi connections. The rear camera on the iPad 2 is identical to the one found on the iPod Touch. This camera is capable of shooting 720p HD video and the quality is good in well-lit environments.

Before deciding to upgrade to the iPad 2, keep in mind that you will likely have to invest in new accessories. If you've already purchased a dock or case for the original iPad, realize that these accessories probably won't work with the iPad 2. One accessory to consider, however, is Apple's Digital AV Adapter, which gives the iPad 2 the ability to output HD video and mirror its own screen. The iPad 2 features support for HDTVs and HD video. With this adapter, the iPad 2 can output high-definition video at resolutions up to 1080p, as well as Dolby Digital surround sound via a standard HDMI cable. Also, when connected to the HDMI adapter, the iPad 2 will display a duplicate version of the contents on its screen on an external monitor. This feature is great for demonstrating how to use apps in a classroom or clinical setting via a projector or HDTV.

Ultimately, before deciding to upgrade to the iPad 2, recognize that the iPad 2 is an evolutionary product, not a revolutionary one: Apple introduces new features with every iteration of its devices. Apple also delivers new iterations of its products according to a predictable production schedule, which means that by this time next year the iPad 3 will already be at market. The 2nd generation iPad looks very much like the original iPad, but clearly raises the bar apple set a year ago. If you avoided the early adopter rush to purchase an iPad last year, then the iPad 2 just might be the device for you. Still, if you're happy with your current iPad, you are likely better off waiting for the 3rd generation.