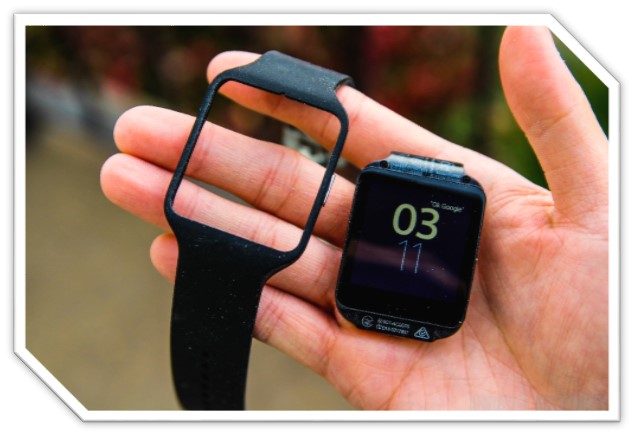 An integral part of my childhood Sunday mornings included the Sunday comic strips. The front page of the comics featured two extra-large strips: Peanuts and Dick Tracy. While I gravitated to the former, the later always caught the eye of my engineering intuition. Dick Tracy had one awesome watch! A television with two-way communication not to mention other crime fighting tools. I never worried if Pruneface would be caught for his villainous deeds.

Upon seeing me wearing a smart watch, a friend of mine shook his head in denial, "That's never going to stick". We can gain perspective by transporting ourselves back ten years to June 29, 2007 when the first iPhone was introduced. It's not hard to imagine a tidal wave of smart watch advancements that result in everyone walking around with watches on that mimic the functions of our current day smart phones. This tech development could have many beneficial results for individuals with disability. It is true the smaller scale introduces some limitations, but it also challenges us to design and engineer new features that make this concern moot.

Smart Watch development has typically involved wireless connection to a smart phone. This is a parent-child configuration with the phone as the parent and the watch as the child. A couple smart watches (Timex DataLink and Pebble2) were more stand-alone but failed in the marketplace and are no longer available. This review will consider the Sony SmartWatch 3 which ideally connects to an Android smartphone via BlueTooth.

Many features of a smart watch are voice-controlled and require the user have intact speech. When speech is not used, interaction is by finger tap, swipe, or turn that requires fine motor control of the finger used. Lastly, the screen is small relative to a smart phone. While some information is available via text-to-speech, most features rely on the ability to read the watch screen.

Veterans with moderate or severe cognitive impairment will need the smartwatch customized to individual needs. VA providers will require time to make these adjustments such that if setup time is not available, a different device may prove a better option for the veteran. Smartwatches are not appropriate for veterans with visual impairments or reading disabilities. 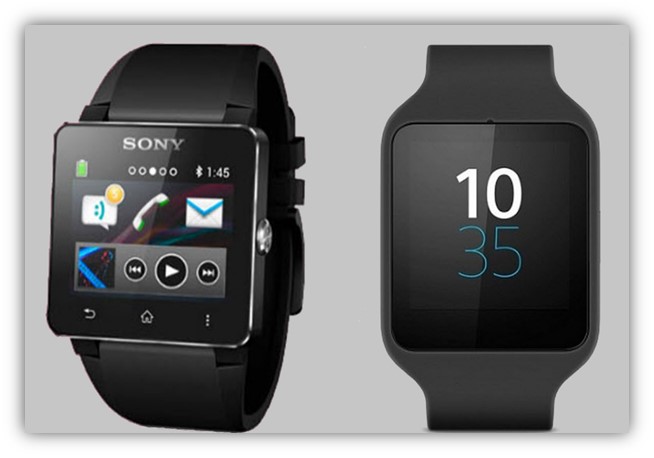 The Sony SmartWatch 3 was purchased by VA through a local vendor at a cost of $165. The SmartWatch 3 includes connectivity to BlueTooth and Wi-Fi. The watch was synchronized with a Samsung Galaxy Sky smartphone from TracFone (v6.0.1, QuadCore CPU, 16GB RAM, $85). The total cost of the watch/phone system was $250.

Evaluation of the watch/phone system modeled potential use of the system by an individual with mild TBI characterized by impaired prospective and retrospective memory including difficulty recalling task steps in a sequence. The user's abilities include reading text with good comprehension and completing sequenced multi-step tasks when provided with visual or verbal cues.

Default features of the watch include ability to synchronize with apps available from the AndroidWear section of the GooglePlay store. For this trial, the app Todoist was used. Todoist can be set up on the phone with hierarchical, sequenced tasks. From the purpose of the modeled user, Todoist allows for Task groups, Task sub-groups and sub-tasks. This provides the ability to refine task steps. For example, vocational use for janitorial tasks may have Group: Sweep floors, Sub-Group: Room #, Sub-task: steps for room #.

Vocational tasks invariably involve unplanned situations. The Sony SmartWatch 3's Wi-Fi capability enables voice-access to instant messaging via "OK Google" and Google Messenger. Additionally, access to Wi-Fi enable use of YouTube via the watch. YouTube video options can be restricted to a particular YouTube user that stores demonstration video of job tasks. These functions can be used "remotely" from the smartphone such that the phone could be left at home connected to Wi-Fi as long as the smartwatch is also connected to Wi-Fi. These capabilities come close to making the SmartWatch 3 an independent solution.

Affordability: At a base system cost of $250, the system is less expensive compared to an iPhone 5S and Apple Watch 2 at $500.

Compatibility: Many apps used for scheduling, reminders and task lists have Android Wear versions that can be downloaded from the GooglePlay store. This does not guarantee adaptation of the app from the phone to the watch will be liked, but it does provide current Android phone users with a more familiar starting point.

Consumer Repairability: Literature for the SmartWatch 3 includes an address for warranty and other repairs. Unfortunately, the marketplace seems to view such devices as disposable given their planned obsolescence.

Dependability: This provider was impressed with the quality of speech recognition. Only a handful of commands were not correctly interpreted by the smartwatch. Battery power is a concern that is magnified when features such as Wi-Fi are used. The smartwatch will prompt to turn off Wi-Fi if not used frequently. This user found about a two-hour battery life with Wi-Fi turned on constantly.

Durability: The smartwatch comes with a rugged wristband somewhere between rubber and vinyl. Custom wristbands can be purchased.

Ease of Maintenance: No maintenance of the system was required during the trial.

Effectiveness: The accuracy of the speech recognition was impressive. Screen responsiveness to gestures was reliable.

Flexibility: OK, Google tends to prefer commands and requests be stated in a format that can take a while to adjust to. This provider suggests users keep a crib sheet of commands that work.

Learnability: The smartwatch is straight-forward for current users of smartphone technology.

Operability: Similar to other characteristics, operability was improved with previous experience with smartphones and speech controlled technology.

Personal Acceptability: The smartwatch offers the ability to use an assistive device without appearing to be outside the stereotypical devices in society. As such, some users may feel more comfortable. The smartwatch may also improve social interactions given the pragmatic difference of glancing at one's watch versus one's smartphone.

Physical Comfort: The smartwatch wristband felt comfortable to this user. An aftermarket of wristbands are available for purchase.

Physical Security: The smartwatch processes voice data over BlueTooth and Wi-Fi networks which can cause privacy concerns. Users should be advised that the devices are always listening. Given recent changes in Internet data privacy rules, it may come to pass that voice data is used for marketing or other purposes.

Supplier Repairability: Literature that comes with the watch states not to return the watch to the vendor of purchase. An address is provided for warranty and other service.